"Our mission is to efficiently provide authorized services and maximize resources for the benefit of the community."

Our authorized services are water, parks and recreation, solid waste and recycling, and street lighting. 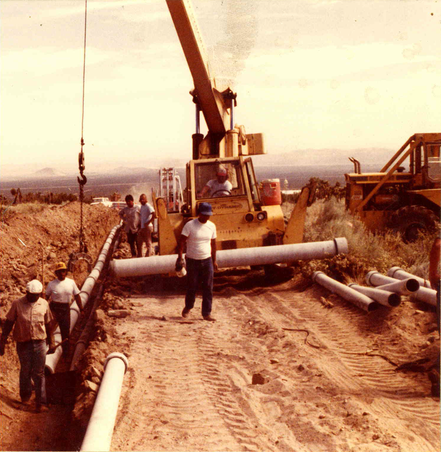 Installation of one of the first main lines. 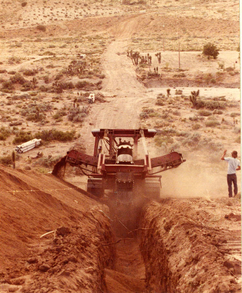 Work on one of the first main lines. 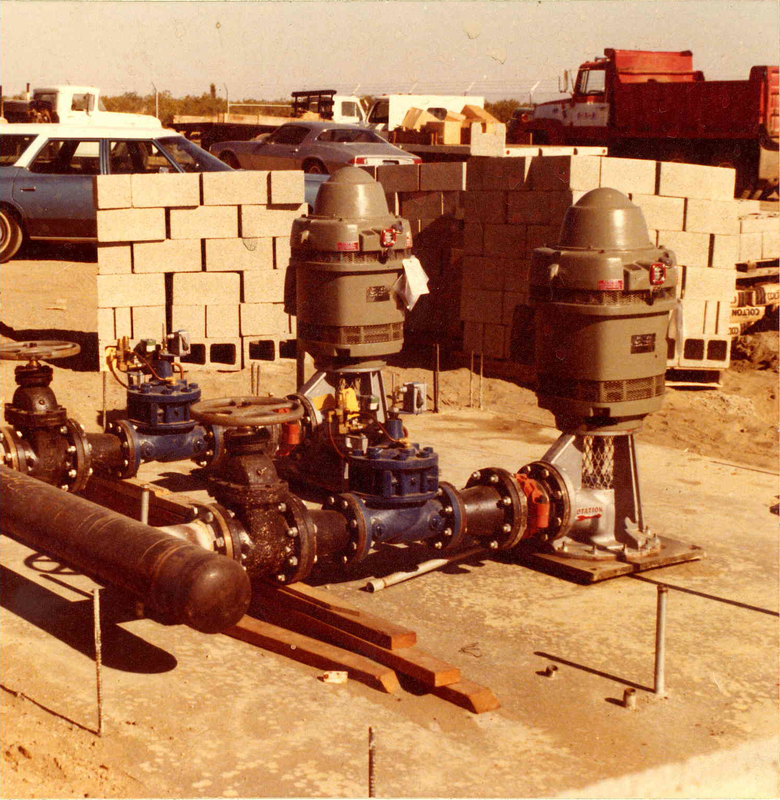 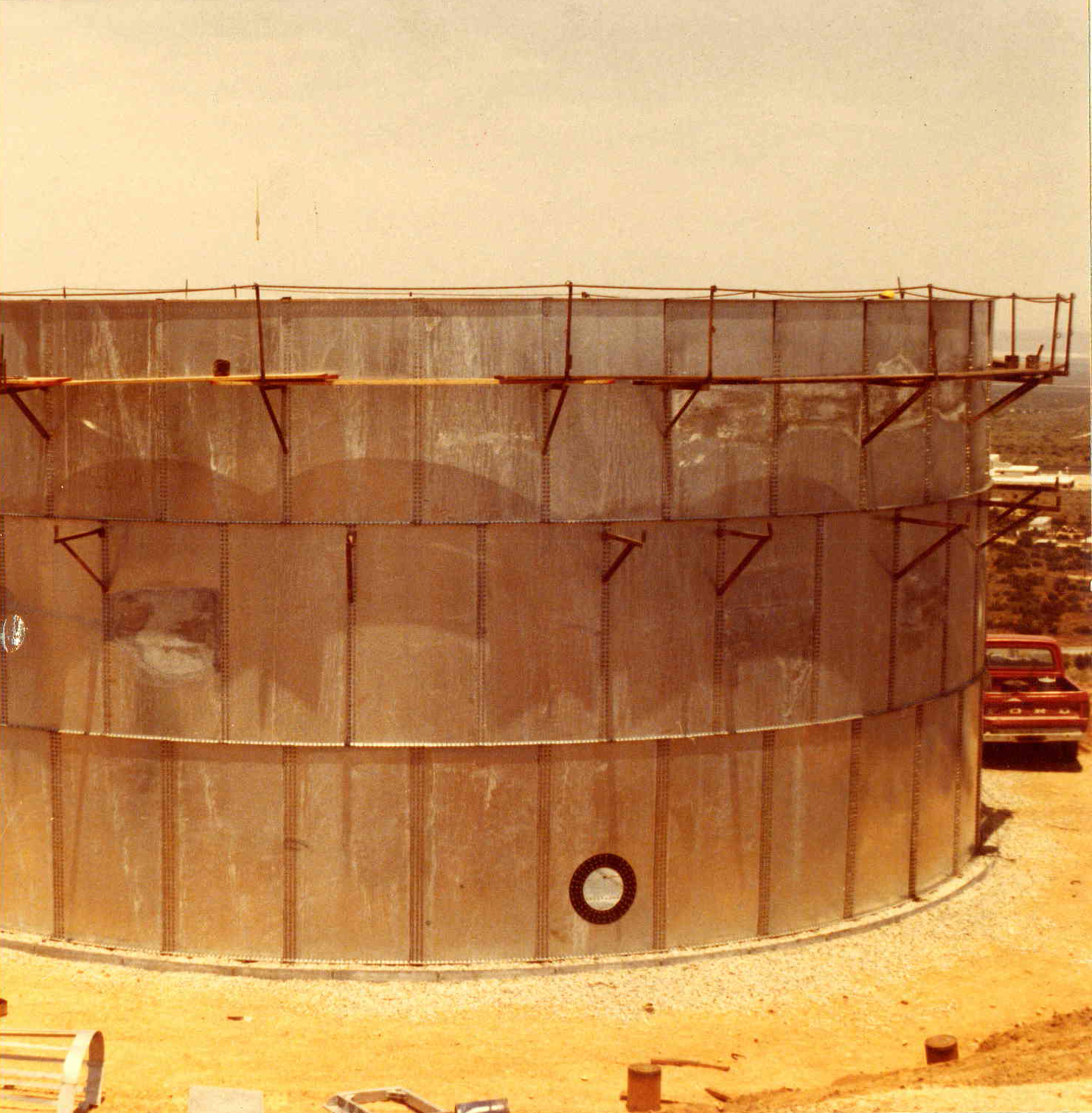 One of the first water tanks. 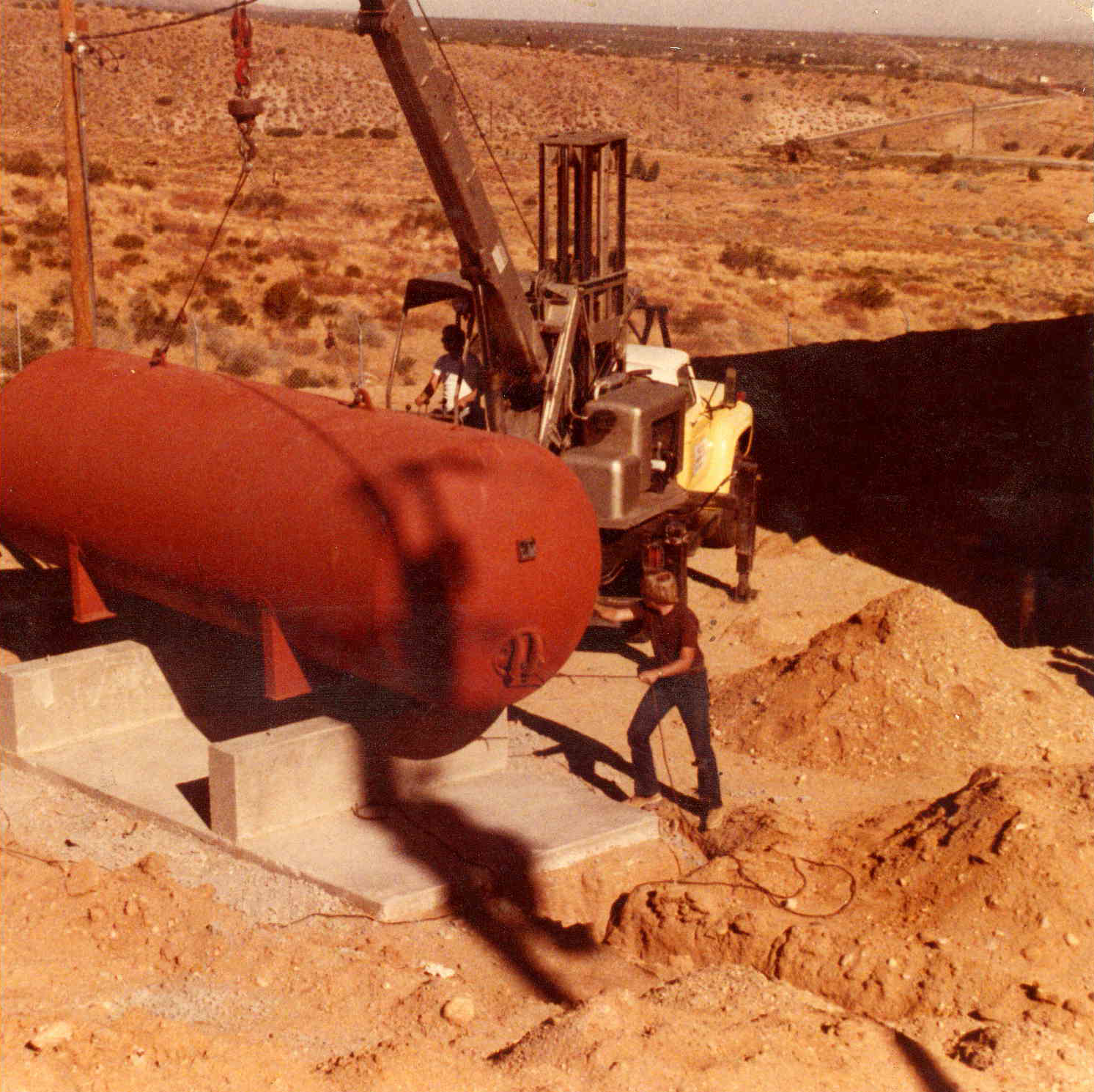 Installation of a hydropneumatic tank.

In February 2008, the citizens of Phelan and Piñon Hills overwhelmingly voted to separate the Water, Parks and Recreation, and Street Lighting Districts from the County of San Bernardino and to create a Community Services District.  The Phelan Piñon Hills Community Services District (District) was established through an election on February 5, 2008.  With an 81% approval rating, the voters approved the formation of the District as a consolidation of three Special Districts; Zone 70L Water, CSA-9 Phelan Parks and StreetLighting, and CSA 56-F1 Piñon Hills Parks.  This consolidation enabled the Communities to establish a form of self-governance while maintaining their individual rural integrity.  The 128 square mile District is the largest Community Service District in San Bernardino County.  In March 2008, the District was formed (LAFCO Resolution No. 2994), with a five-member Board of Directors elected to govern the District.

Board members are elected to a four-year term, participating in the election process, formerly during odd years, effective 2017 (per SB415) changed to even-year election cycles.  The Directors are elected to set the policies of the District.

On November 16, 2011, LAFCO held a hearing on Proposal 3167 and adopted Resolution No. 3153 approving the activation of solid waste and recycling function and services for the District.  On January 24, 2012, the Certificate of Completion was processed, formalizing the change in the organization.

On November 9, 2011, LAFCO approved Resolution No. 3213 which expanded the District's sphere of influence into a small peninsula in El Mirage surrounding the District-owned property commonly known as the former Meadowbrook Dairy.  This allowed the District to annex its parcels owned in El Mirage in order to avoid paying property taxes.  The annexation was completed on February 17, 2016, when LAFCO approved Resolution No. 3239.

District Board meetings are held at 6 p.m. on the first and third Wednesdays of every month in the Phelan Community Center on the east side of Sheep Creek Road between Phelan and Nielson Roads.